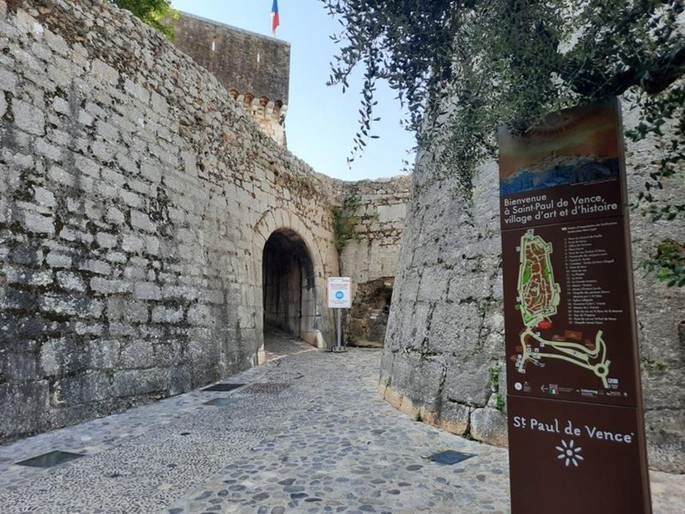 The european cross-border cooperation programme Interreg Alcotra financed an important project between Saint Paul de Vence and Ceresole d´Alba (Cuneo). They are bound by the same historical heritage: the battle of Ceresole. The project is called “SuCCeS”, “Sur les Chemins de Ceresole e de Saint-Paul de Vence” and its aim is to create new trails and routes to enhance the cultural heritage, promoting a wide and sustainable cross-border tourism between the two cities.

The Battle of Ceresole

On 11th April 1544 the French troops of King Francis I, led by the duke d’Enghien fought against the soldiers of Charles V. The battle ended with the victory of Francis I. The hostility between the two kings decreased when Francis had to renounce to the county of Nice because of the Peace of Crépy in September 1544 and the Treaty of Cagnes in November 1544. With this treaty the river Var marked the borders again. Saint-Paul de Vence became a stronghold which was able to oppose to the powerful city of Nice thanks to its strategic position and its role as a chief town since 1543.

SuCCeS offers a new and enriched experience through virtual and connected guided tours based on new technologies (chip NFC: Near Field Communication) with touristic signs available in three different languages and tools with educational purposes.

You can find the touristic map of the two cities at the end of this article.

In Saint-Paul de Vence the bastions are totally redeveloped.

Starting from Place de la Courtine to the south Gate, the new path is called after the major of the Third Republic who saved the bastions from a demolition in 1873, planned in order to demilitarize the country. “The Henri Layet fortifications discovery walk” is a panoramic path to follow.

Romantic slots: kisses and lots of hearts, love is in the air!
Read the latest