Mentioned several times by the architect Charles Garnier, the painter Claude Monet and many other visitors to the city, was very large and rich in botanical variety. 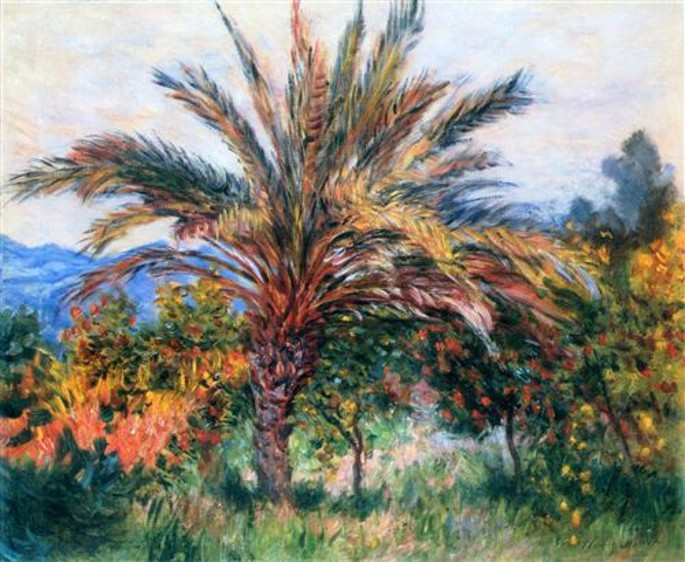 The garden started almost from the Via Aurelia, climbed towards the Villa Moreno and reached near the Via dei Colli. It was so impressive that many tourists asked to visit it. The Illustrated Geographical Italy published in 1881, said "... the Moreno garden is not only the most beautiful and most delightful point in the Mediterranean, but also one of the most splendid and famous gardens in Europe". The surface of the park was impressive, it reached 80 hectares of green, as a term of comparison we can consider the current Vatican Gardens that measure 23 hectares.

Signor Francesco Moreno, French consul in Bordighera, was a wealthy oil merchant. He and his father Vincenzo, built the villa that took their name and enriched the garden with all the exotic varieties they managed to import. The garden in addition to native plants such as lemons, mandarins, oranges, olive trees etc., was enriched with Pinus canariensis, Salisburia adiantifolia (Ginkgo biloba), Araucaria excelsa, Latania borbonica, agave, aloe, yucca and a Coripha australis, synonymous of Livistona chinensis . 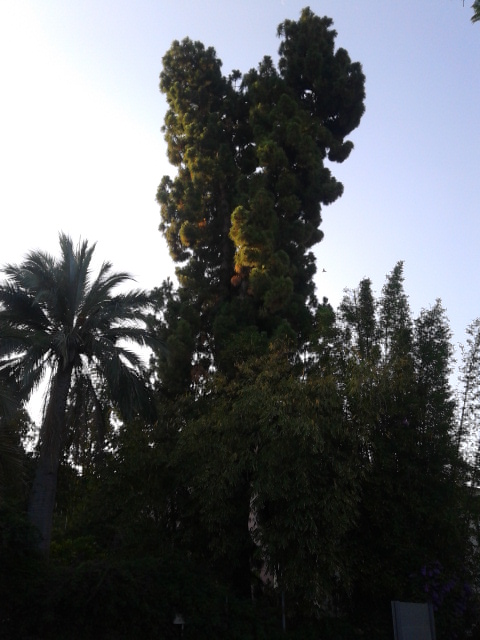 Unfortunately at the death of Francesco Moreno, which occurred in 1884, his wife moved to France to rejoin the three daughters who had moved to Marseilles following marriages. The villa, with its gardens, was sold to the municipality. The large garden was divided and sold. The municipality had the Via Romana extended, despite the opposition of many personalities including Ludwig Winter, and this resulted in the splitting of the prestigious garden. Currently only a tiny portion still visible to the public remains, these are the current Monet gardens in Via Domenico Tumiati. In this green area you can still admire a giant specimen of Cocculus Lurifolius. Another small part of the original garden has been incorporated by two properties: Villa Palmizi (Via Romana 15), which preserves the original nucleus of the Villa Moreno, and Villa Schiva (Via Romana 18) where it is still possible to admire the highest Pinus canariensis in Europe. The tree, which was planted in 1830, is about 36 meters high. This magnificent plant monument is still visible from the road. The tree was registered by the State Forestry Corps. Also noteworthy are the Ginko biloba and the Jubaea spectabilis, also called Jubaea chilensis, a slow-growing palm.

Other parts of the Moreno garden are found in the villas built along the slopes of the hill. Villa Mariani preserves an intact portion of the ancient Moreno garden, visiting the villa you can still admire the same olive tree painted by Claude Monet, Study of Olives, and you can admire the same glimpse painted in the picture entitled View of Ventimiglia. 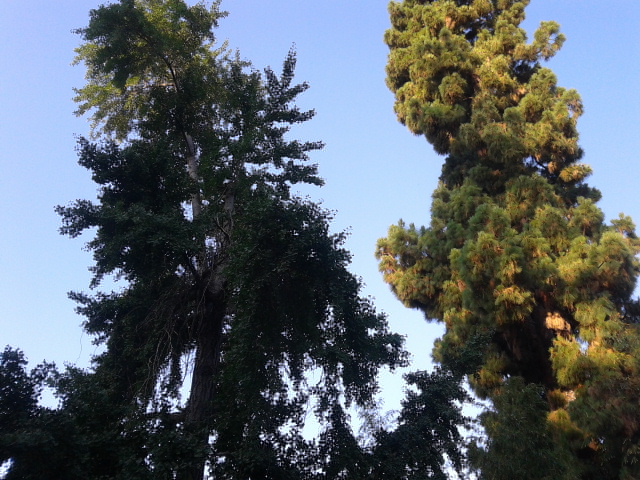 The arboreal patrimony of Bordighera was truly exceptional, in 1869 Gerolamo Molinari in his booklet Historical notes on the Bordighera, its territory and climate estimated at more than 100,000 plants among olive trees, citrus fruits and palms. Always Molinari states that only lemon and orange trees reached about 36,000 elements without counting the other citrus fruits. It is easy to see why the palm trees that adorn the famous Promenade des Anglais in Nice, and other walks along the French coast, come from Bordighera. 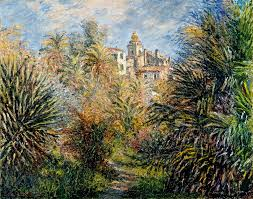