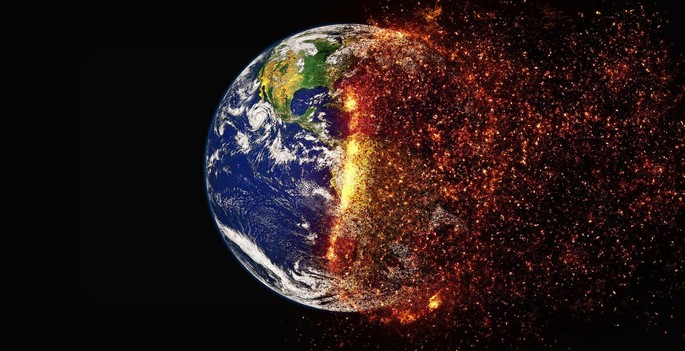 There are those who want it long, those who prefer it short or with milk, to consume at the bar or in the company of friends. Coffee is a tradition and a ritual that is in danger of disappearing due to climate change and the attacks of certain pests. Coffee: typology and culture Coffee is a tropical plant belonging to the Rubiaceae family, genus Coffea, which grows in the tropical and subtropical belt, requiring a temperature between 17 and 23 degrees and abundant rainfall. It takes five to eight years for the plant to enter full production and its production cycle ends after about 30 years, even if peak yield ends around the fifteenth year. From an economic-commercial point of view (although there are more than a hundred species of coffee), only two varieties play a major role: Coffea Arabica and Coffea Canephora, better known as Robusta . The Arabica variety, less adaptable to climatic variations, is generally preferred by consumers because of its delicate flavor, low caffeine content and low acidity; the plant grows at an altitude of between 1,000 and 2,000 meters above sea level and is widespread in Latin America, central and eastern Africa, and parts of India. The Robusta variety has a more tart flavor, which can be chemically reduced, and is increasingly found in ground coffee blends. It has the particularity of being more resistant to diseases and already grows at an altitude of 700 meters above sea level, even in suboptimal climatic conditions. This variety is widespread in the western region of Africa, Southeast Asia and parts of Brazil. The quest to avoid disaster A study found that more than half of wild coffee species could be threatened with extinction due to climatic factors and attacks from certain pests. The alarm comes directly from a team of researchers at the University of Nottingham, who have conducted a thorough analysis of the case. She is also handling this eraofwe.com case - Coffee Forum and Community, a global community committed to the future of coffee, seeking to create impactful relationships across the coffee ecosystem. Although nothing is certain at the moment, what emerges from the study carried out by the group of British researchers is that the situation is worrying. To suffer the consequences, it is not only the plantations but also the companies that cultivate the coffee. The companies that market coffee, in close contact with production, are sounding the alarm: coffee consumption around the world is increasing, new markets are opening up, but production is struggling to meet demand, it suffers from the climate change and pest attacks, but it is above all the more than 25 million small producers, scattered in Central and South America, Africa, Asia and Oceania, who bear the brunt and for whom coffee is the mainstay. only source of income. Such a situation exposes farmers and their families to considerable risks, depending not only on weather events and the voluptuous nature of coffee consumption but, above all, on the development of prices on the international market. Therefore, in the near future there will be not only an increase in prices, but also a decrease in the quality of the product itself. This is a phenomenon already underway and where the increase in the incidence of parasites has started to hit Guatemala, Mexico and Nicaragua, countries where coffee production is massive. To safeguard world coffee production, it is good to protect the same species. In this sense, the researchers believe that wild coffee species could in the future be decisive in ensuring the survival of the sector. They identified 124 of them that are resistant to pest attack and climate change and that can be grown in habitats other than the original ones.

The birth of floriculture in Sanremo
Read the latest Business