The presence of various minerals, has meant that these cavities can be counted among the most colorful tourist caves in Italy. 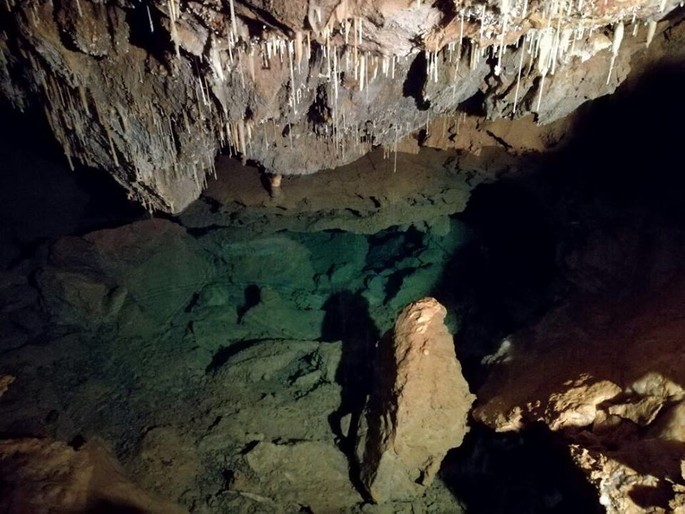 The Borgio Verezzi Caves were first discovered in 1933. Three young boys from the village followed the Battorezza Stream, that sometimes disappeared through a narrow passage, and climbed down into a small chamber. Using smoke from a candle they wrote their names on the walls commemorating their discovery. A new wonderful cave was found, but nothing more was said about it for a long time.

In 1950 a team of speleologist, led by Giovanni Dentella, took interest in the cave again and, finding a new passage, started the exploration discovering further five kilometers of galleries and chambers. 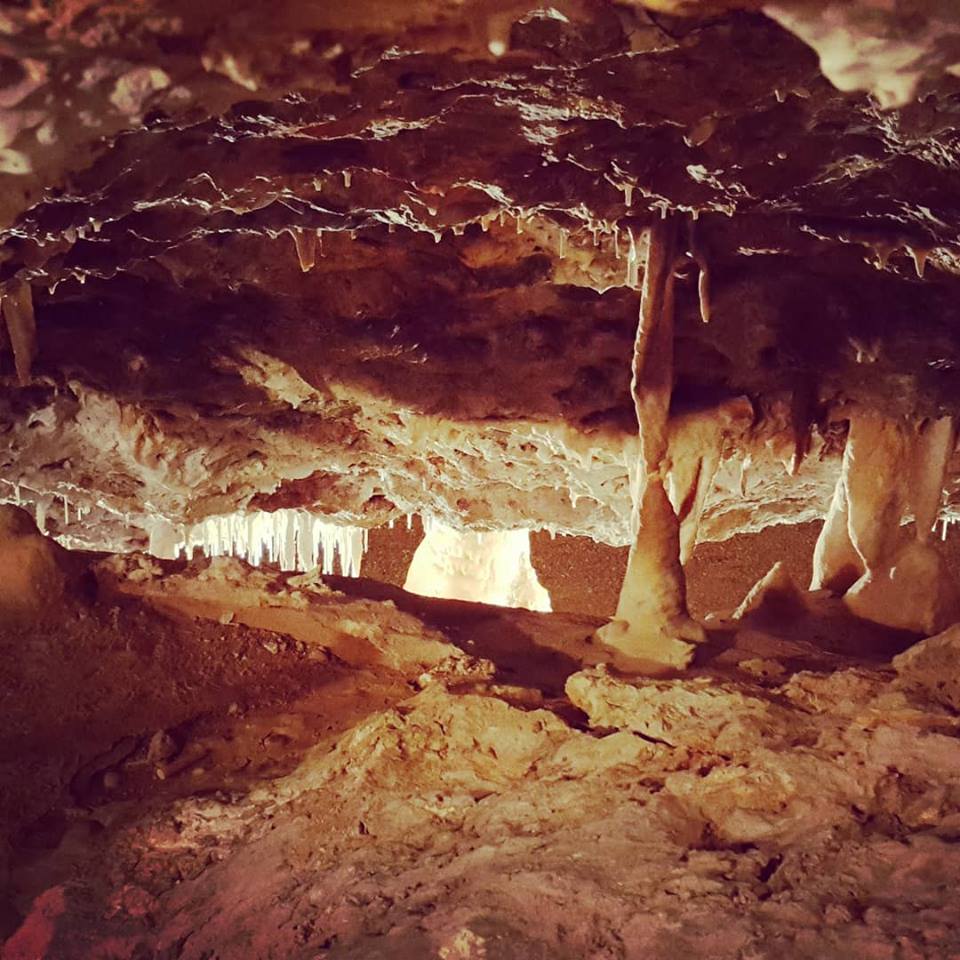 Giovanni Dentella himself, stunned by the beauty of this underground world, planned and carried out the actual tourist underground route that was officially opened on June 29 th 1970. It leads us along the crystal clear waters of small lakes and into large chambers from whose vaults hang long thin stalactites close to coloured draperies and mysterious helictites that seem to grow in spite of the law of gravity. 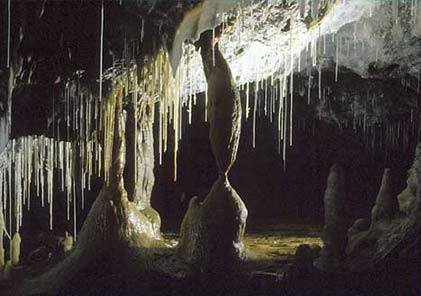 As rain water filters through these fractured rocks it slowly dissolves them enlarging the joints, but once it comes to the vault of the cave - or drops on its floor - it deposits its mineral content. That's the reason for such a wide polychromy. Each one of those mineral substances gives the dripstones a different colour, from pure white to grey, from reddish-brown to lemon yellow, forming a brilliant rainbow that plunges himself into the emerald green waters of the mirror-like lakes. 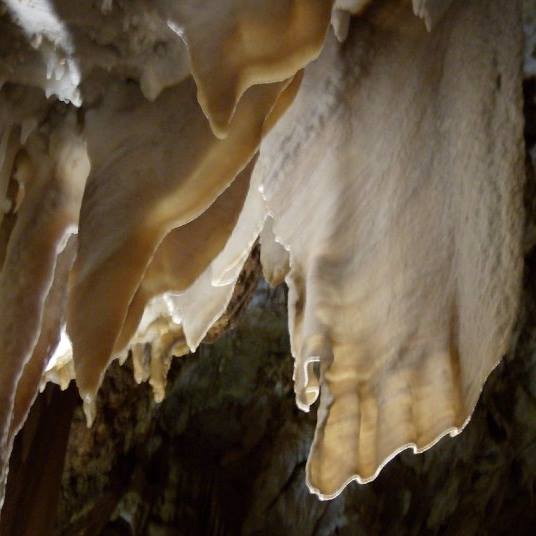 In the cave's dark recesses time has also preserved some memories of his remote past. There were found fossil fragments belonging to extinct animals such as cave bears, elephants, turtles or smilodon - the sabre tooth tiger.