Discovering the Red Corallini di Cervo, the red gold of the Mediterranean [Video]

Between the fifteenth and seventeenth centuries, the high level reached by the Cervese navy allowed the inhabitants to specialize in a technically very difficult but also very profitable activity: the fishing of red coral . 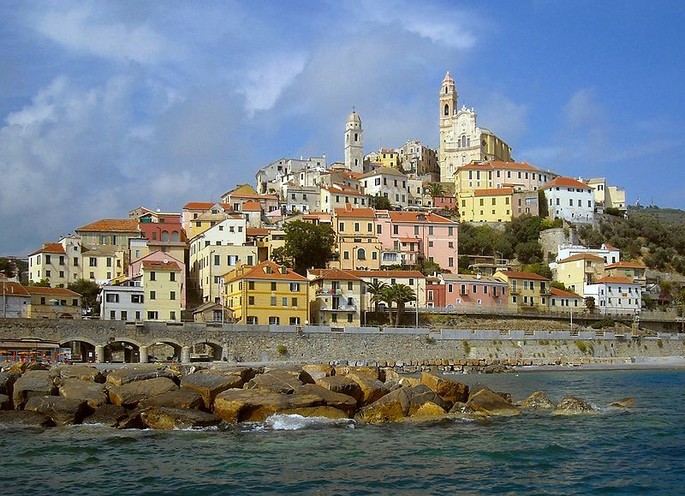 The Baroque parish church of Cervo, dedicated to San Giovanni Battista, is one of the most beautiful churches in the province of Imperia. It is also called "Chiesa dei Corallini", in honor of the red coral fishermen who played a fundamental role in its construction at the turn of the seventeenth and eighteenth centuries.

The red gold of the Mediterranean: Towards the end of March, the owners of the boats shared the best men and formed "companies". Each company was the crew of a boat, a total of nine or ten people. One of them, often the same owner, was the commander. The owner also provided the initial capital, which he then held as a refund at the end of the trip. Going by sea at the time was very dangerous, not so much for the weather conditions as for the presence of disreputable characters. The attacks of Barbary pirates on coastal countries and ships were in fact the order of the day, you can imagine how dangerous it was to have on board a few pounds of precious coral. The "coralline" and the "fregatte" were therefore armed and traveled in small flotillas. In the most turbulent periods they were escorted by Genoese war galleys.

The coral was once quite common in the Mediterranean. The favorite destinations of Ligurian fishermen were the banks of Sardinia and Corsica. Some moved even farther, to the west towards the Balearics or to the south near Tunisia. There were very specific rules and concessions for the exploitation of coral reefs, local authorities could decide to prohibit collection at certain times of the year or subject it to forms of taxation. The mushroom hunters would not reveal the good places even under torture, the Corallini were even worse: the positions of the most profitable banks were kept as State secrets. In this regard there is a nursery rhyme that accompanied the toasts, we imagine quite frequent, among the sea wolves of Cervo: it seems to conceal mysterious geographical references: "Aa salute de stu gottu, u cavu du Fen pe l'isuottu, e perché ti  m ' intendi ben, l'isuotto peu cavu du Fen ". It means: "to the health of this glass, the Cape of Feno for the islet, and so that you understand me well, the islet for the Cape of Feno". The solution is linked to the fact that in Corsica there is not only one Feno Cape ... From the sea it is necessary to trace two imaginary lines. One must join the Feno Cape located near Ajaccio with one end of the islet of Mezzu Mare, in the Sanguinaires islands. The other must join the Feno Cape which is located near the town of Bonifacio with the other end of the same island. At the point of intersection between the two lines there seems to have been a place full of coral, in jargon a post.

But how was the coral fished? Corals are polyps that live in colonies, with a red calcareous skeleton similar to an alga or a shrub. The coral reef is usually located on an underwater rock face. Each boat was equipped with a particular equipment, called "ingenuity". The most important piece was a beam, simple or cross-shaped, which was lowered onto the bank and kept in contact by weights, small nets were connected to it. Driven from the boat, the mechanism was literally plowing the coral bank, breaking the concretions that ended up in the nets. Today the coral is harvested only by authorized divers, because intensive exploitation has made it very rare.

A strange epilogue: at Cervo coral fishing was gradually abandoned as early as the eighteenth century, precisely in the century of church building. Indeed, according to legend, the very need for money to complete the parish church of San Giovanni Battista was the cause of an extremely tragic ending. In fact, it is said that an unscheduled fishing trip was decided, whose entire proceeds had to be used to finish the construction of the church. The Cervesi sailors put in sea a fleet that had never been seen before. On the day of departure, as usual, they gathered at a chapel near the beach, where the parish priest blessed the boats and the company. But the blessing was of little use. Days passed, then weeks, then months, but women and children waited in vain: no boat returned. The shipwreck occurred according to some in the sea of ​​Sardinia, perhaps right next to that islet of Mezzu Mare of which we spoke earlier. Once there was talk of a point rich in red coral called the "bank of widows", which could be the tomb of those poor people; but now nobody remembers where it was. This story does not seem to have any historical basis: no one speaks of this mysterious mass disappearance. And yet it has been handed down to the present day, as if it concealed some symbolic meaning. To think about it, it is somewhat reminiscent of the tale of the piper who attracted with his music the children of the village of Hamelin, of which nothing more was known. Perhaps the Cervesi sailors were also enchanted by the sounds of the sea, or by the song of the sirens, and they were no longer able to return to their homes.

In history, however, remains the centuries-old activity carried out by brave men who, crushed by the mountains behind them, ended up looking for bread, freedom and dreams in the sea. A story made up of thousands of stories, more or less true, like this legend, which must be kept in the historical memory of Western Liguria.