Tireless, versatile and intense: Emanuele Luzzati has been a well educated and clever artist, who was able to use every kind of material thanks to his skills: from ceramic to paper, from fabrics to illustration. 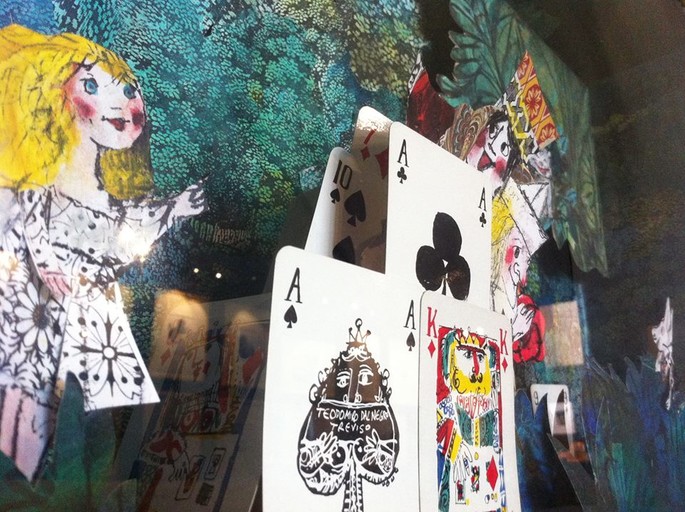 "Genoa is my great inspirer"

This exhibition highlights the fantasy, genius and joy of living which were typical of this man, by following a biographical and thematic pathway: Luzzati has been a set designer, a poster designer, an illustrator, a painter, a ceramist and the creator of fine award-winning cartoons.

As he has been forced to take refuge in Lausanne in 1940 due to the racial laws, Luzzati was able to get in touch with the most vibrant and interesting artistic currents of the early 20th century. Picasso, Paul Klee and the Russian Theatre are just a few of the main artistic patterns during his studies at the Ecole des Beaux-Arts de Lausanne, and those can also be found in this period’s production. During these years Luzzati also develops his passion for theatre, and when he was able to come back to Italy at the end of the war, he will sign his first setting for Lea Lebowitz by Alessandro Ferse, in 1947. From the 50’s he establishes himself as set designer, by collaborating with the most important national theatres such as La Fenice in Venice, La Scala in Milan, il Teatro Stabile in Genova.

During his long career, Luzzati has signed up to 400 settings for theatre performances, ballet and opera, by using many different techniques: collage, drawing, pastel, cinchona, pencil and sharpie. The creative genius of Luzzati  knows no bounds and extends itself from the activity of set and costumes designer to the street furniture and for the cruise ships, from the ceramic (the Pozzo della Garitta in Albissola in particular, attended also by other artists such as Lucio Fontana e Wilfredo Lam), to the illustration and the animation movies: in that way he received two Oscar nominations for the movies La gazza ladra (The stealer magpie) in 1965 and Pulcinella in 1973. The wealth of his fantasy world and his strongly expressive style have made him one of the most appreciated artists of our time.