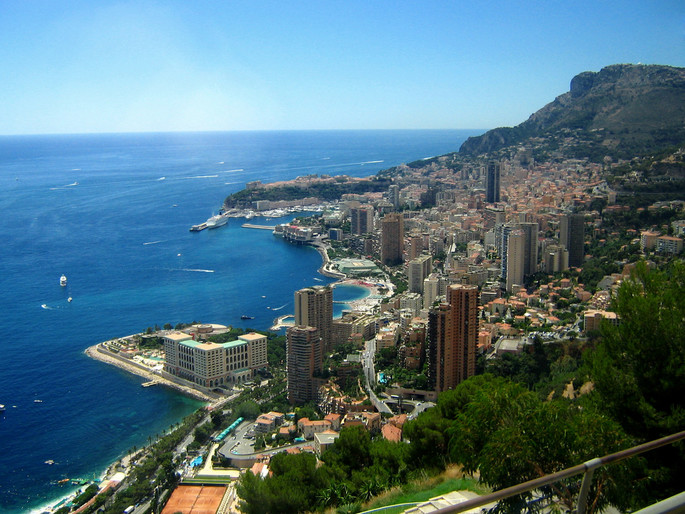 The independent city-state of Monaco may be tiny, but there is yet to be a more glamorous destination on the Meditteranean Riviera. Renowned across the world for being the playground of the rich and famous, Monaco entered public consciousness during the late 1950s when leading Hollywood actress, Grace Kelly swapped Tinseltown for a throne as she married Prince Rainier III and moved into the city’s sumptuous palace in 1956.

Monte Carlo, too, has attracted its fair share of fame over the years. Not least for being portrayed as the European epicenter of high stakes poker games and espionage a la Fleming’s 007 novels - The author supposedly envisioned the palatial Casino de Monte Carlo when he wrote Casino Royale, and the casino itself has featured in the 007 movies Never Say Never Again and Goldeneye.

The truly glamorous Monaco, the city-state that appeals to models, billionaires, and the rest of the global elite, is hard to find if you’re visiting for the first time. So this guide to spending 72 hours in the Principality of Monaco will tell you everything you need to know about where to stay, where to eat and what to do to enjoy that authentic, jet-set holiday experience.

The world-famous Hotel de Paris may be the obvious choice for glamourous accommodation in Monaco, but that’s the problem. The real elite who are in the know about the most luxurious yet under-the-radar places, favor the Hotel Hermitage Monte Carlo. This smaller, more subdued and, crucially, more private sister hotel of de Paris offers all the luxury you could imagine, just in a much less obnoxious way.

Alternatively, the quite literally elevated accommodation at the Chevre d’Or in Eze can provide you with a hilltop getaway. Eze is located right next to Monaco, and the hotel is practically above it, providing truly breathtaking views of both the Principality and the Meditteranean Sea.

You can indulge your jet-set fantasy by spending the day at the Monte Carlo Beach Club. Naturally, it’s a fantastic spot for (beautiful) people watching, but hire a boat for the day and head out to the Mediterranean. There is no better way to experience the beauty and atmosphere of the Cote d’Azur.
Once you’re back on dry land, there’s a surprising array of museums and exhibitions to choose from.

Given its status as a host city for the Formula 1, Monaco has its own Automobile Museum. The personal collection of the late Prince Rainier III, the museum houses over 100 luxury vehicles, including a 1903 De Dien Bouton and a 2013 Lotus F1, as well as Maseratis, Alfa Romeos, Rolls Royces and more.

The fascinating Francis Bacon MB Art Foundation offers a comprehensive look at the intriguing British artist, who was a resident in Monte Carlo during the late 1940s and 50s. Tours are available by appointment only, so you will need to call ahead. However, you’ll get to look at over 2500 paintings, photographs and various artifacts from Bacon’s life on Monaco’s shores.
No trip to Monaco would be complete without taking a trip to the iconic Monte Carlo Casino. Dating back over 150 years, this bastion of gaming and culture transformed the fortunes of the tiny state, helping it grow into one of the wealthiest and most sought-after countries in the world.

Poker and roulette are the obvious games to play here but experiment a little with games that are enjoying a resurgence like baccarat or craps. If you've never played these games before, just make sure you swot up with something like this craps strategy guide before you lay down any wagers.

If gaming isn’t your thing, then you can still take a leisurely walk through this historic building.
The splendid architecture also houses the offices of Les Ballets de Monte Carlo and the Grand Théâtre de Monte Carlo.

Monégasque cuisine is almost comforting in its tastes, combining the spices of southern French dishes with classic Italian recipes that Mama used to make. However, you’ll find an array of cuisine on offer throughout Monaco to suit all taste buds and dietary preferences.

Le Deck at the Monte Carlo Beach Hotel offers some great food and a spot to do some serious people-watching, while The Hotel Metropole’s Joel Robuchon Monte Carlo delivers the world-class food you would expect, as well as spectacular terrace views. If you’re looking for something a little more laidback, Polpetta is a favorite with locals for its hearty and heartwarming Italian staples.

After dinner, head to the Crystal Bar at the Hermitage Monte-Carlo to sample some of their unique craft cocktails, before heading to the infamous Jimmy'z Place du Casino. This legendary nightspot is the place to be to meet the rich and famous; revelries have been known to last into the morning hours, so don’t be surprised if you’re offered a pasta breakfast at 6 am!

The birth of floriculture in Sanremo

Monaco: laid the 18 "caissons" that will support the new district of the Principality "stolen" from the sea [Video ]