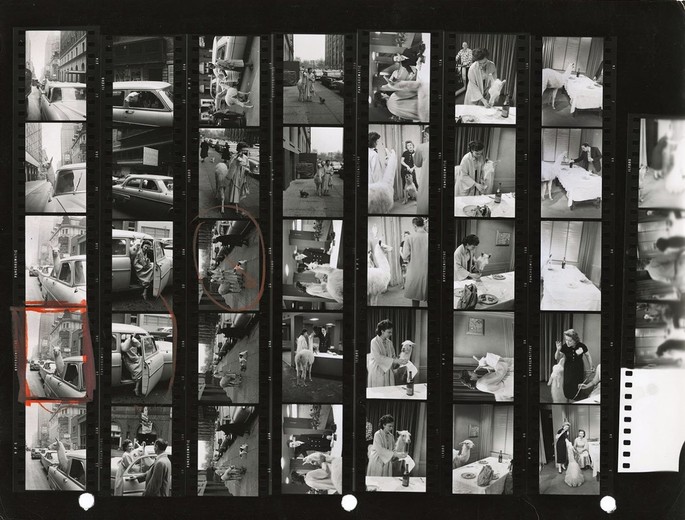 Until Sunday 22 September 2019, at Palazzo Ducale, at Loggia degli Abati there is the photographic exhibition Inge Morath.


Inge Morath's work bears witness to a relationship, a passion, a necessity towards the art of photography. Regarding this she declared "Photography is essentially a personal matter: the search for an inner truth ...it  is a strange phenomenon ... You trust your eye, but you cannot avoid exposing your soul."

A relationship developed over the years through experiences and encounters, as well as an integral part of the life of a woman who succeeded, with courage and determination, in establishing herself in a strictly male discipline. Throughout her career she has made photographic reportages in Spain, Italy, the Middle East, America, Russia and China.

She faced the journeys seriously, studying the language, the traditions and the culture of each region where she went. She was fluent in German, English, French, Spanish, Romanian, Russian and Mandarin. Whether they were ordinary people or public figures, her interest was the same and she always directed towards the intimacy of each one.

Her photographic style has its roots in the humanistic ideals resulting from the Second World War, but also in the photograph of the decisive moment, as Cartier-Bresson had called it. Inge Morath's shots reflect her sensitivity and her private life: "Photography is essentially a personal matter: the search for an inner truth".

After studying languages ​​in Berlin, Inge Morath works as a translator and journalist. Friend of the photographer Ernst Haas, she creates texts for his reportages. She is thus invited by Robert Capa to join the Magnum agency as an editor and researcher. She began taking photographs in 1951 in London and in 1953 she joined the Magnum agency. Between 1953 and 1954, Morath is also assistant to Henri Cartier-Bresson.

In the following years she traveled in Europe, North Africa and the Middle East. The series of curious photographic portraits with the masks of the designer Saul Steinberg are from 1958. On the set of John Huston's The Misfits, she meets Arthur Miller, who she married in 1962. In 1965 she went to the Soviet Union for the first time. In 1978 she made her first trip to China.

Among her most popular subjects are portraits of important twentieth-century personalities such as Henri Moore, Pablo Picasso, André Malraux, Doris Lessing, Marilyn Monroe, Gloria Vanderbilt and Fidel Castro. She died in New York on 30 January 2002.