Many dishes go by the name of Bernardun in honor of San Bernardo who went by these areas in 1400. In Ceriana, bernardun is prepared with a mountain potatoes dough baked in the oven with tomato sauce. 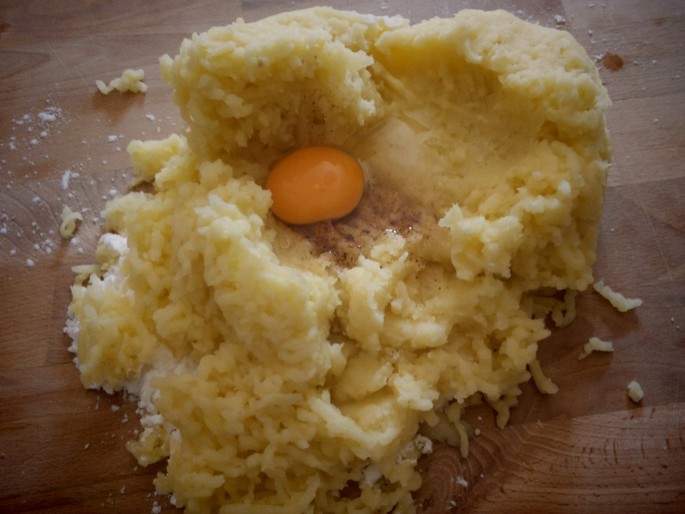 Savory pies are a medieval legacy, which only saw a major change with the insertion of tomatoes - imported from the Americas - such as in the pissalandrea. Bernardun is a potato pie from the 18th century mainly baked in the high Argentina Valley and Ceriana area.

Indeed, many dishes go by the name of Bernardun, in honor of San Bernardo who went by these areas in 1400. In Ceriana, bernardun is prepared with a mountain potatoes dough baked in the oven with tomato sauce.

In other areas, bernardun is made with flour, water, salt, onion bud, grated zucchini, mountain cheese, and Taggiasca extra virgin olive oil. Sometimes bernardun is also made of left-over thick soup with flour, eggs or very thinly sliced potatoes and mountain cheese. Another version of this recipe is made with polenta and rice, onion sprouts - enriching polenta with ricotta, chili pepper, and mountain toma cheese.

Directions for Bernardun: Boil the potatoes in salted water. When cooked, peel while still hot and mash them. Mix the potatoes with flour and egg and then spread this dough 2cm thick on an olive oiled baking pan.

Drizzle with the tomate sauce and bake at 200 °C for half an hour. Serve warm or cold.