Asti Spumante, the number one sparkling wine for the Christmas Holiday Season

From the Langhe-Roero area, the Vineyard Landscape of Piedmont inscribed on the UNESCO world heritage list in 2014, Asti spumante is simply the one sparkling wine to raise a flute with. 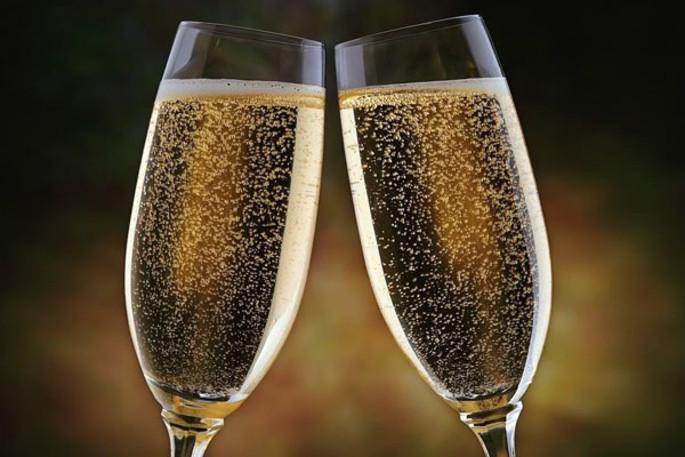 That time of year has arrived: celebrations, merry times, good company, and toasting. Whether you celebrate Christmas, New Year, both or none, festivities are just another great excuse to try the best products the Alps of the Sea have to offer.

From the Langhe-Roero area, the Vineyard Landscape of Piedmont inscribed on the UNESCO world heritage list in 2014, Asti spumante is simply the one sparkling wine to raise a flute with.

Located in the southern part of Piedmont, between the Po River and the Ligurian Apennines, the Langhe-Roero and Monferrato district has been characterized by winegrowing and winemaking for centuries. Vine pollen has been found in the area dating from the 5th century BC, when Piedmont was a place of trade between the Etruscans and the Celts; in fact, wine-related Etruscan and Celtic words are still found in the local dialect. Moreover, during the Roman Empire, Pliny the Elder mentions the Piedmont region as one of the most favorable for growing vines in ancient Italy.

Piedmont vineyards are outstanding living testimony to winegrowing and winemaking traditions that have been continuously improved and adapted up to the present day, hence becoming an international benchmark.

Coming from the territory of the DOCG Asti - specifically the Canelli subzone – which is cultivated mainly with the Moscato Bianco grape-variety, the aromatic sparkling wine (spumante) known as Asti is Italy’s most exported white wine. It is vinified thanks to a specific technique invented and perfected by the Piedmontese oenologist Federico Martinotti at the end of the 19th century.

When you can choose sparkling wine from a UNESCO world heritage list, why toast with anything else?