The Ivrea 2020 Carnival, with its ceremonial folklore, rituals and legendary commemorations, attracts thousands of visitors to Piedmont every year [Video and photo gallery]

Innovation and tradition combine to celebrate the time before Lent and the capital of Canavese transforms in outdoor theater. 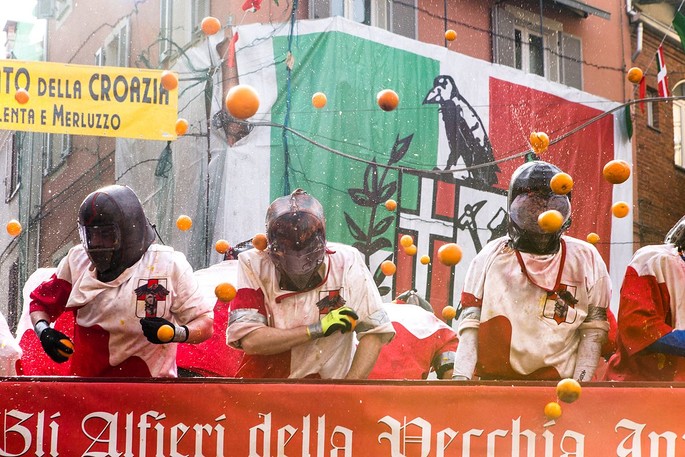 The joyful atmosphere that envelops the participants is chanted by the music of the Penny whistlers and drum gangs, the presence of the identifying figures of the Ivrea Carnival, the historical parade and chariot, and the famous Battle of the Oranges. A well-structured program that lights up the hearts of the locals and all participants from the day of the epiphany to Ash Wednesday.

The history of the Ivrea Carnival has an international reputation. Every year in this municipality of the city of Turin, a medieval history is revived, a popular uprising episode and the liberation from the tyranny of Ranieri di Biadrate, and the quest for freedom and struggle that inspired the movements of the Renaissance and the French Revolution. 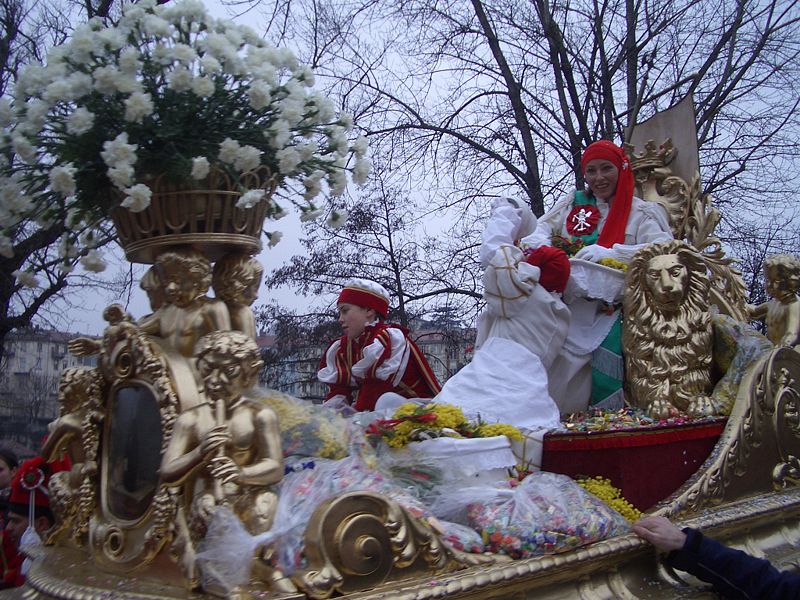 The evoked heroic figures are: the miller's wife Violetta, the general, symbol of the municipal authorities in the early years of the nineteenth century, the Napoleonic general staff, consisting of officers on horseback and the graceful sutlers. Other historical figures include the Vice Chancellor, the Magnifico Podestà, guarantor of civil liberties, the Abbà and the Penny whistlers and drums, representatives of the procession with the flags of the districts. In addition to the charm of the historical reproduction, the uniqueness and richness of the costumes impresses: in particular the red Phrygian hats and blue and red uniforms of the army, the white dress, wrapped in the tricolor and an ermine cape of the the graceful Mugnaia. 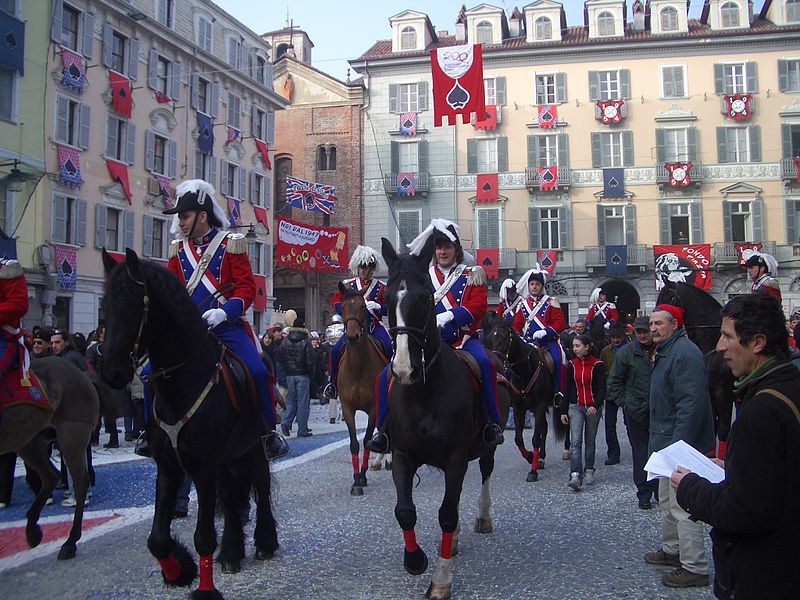 Carnival carts from Ivrea: In the three days of Carnival, the parade of procession carriages has a place of honor, accompanied by allegorical carts and brass bands from other parts of Italy and Europe. The most anticipated car, announced by the Alfieri parade and of all historical figures with the inflammatory display of a torchlight procession, is undoubtedly that of the miller's wife. The other wagons are those of the Aranceri, called Carri da Getto (throw cart). In carnival symbology, this group represents the tyrant's guards that the people are fighting. Instead, the insurgents are represented by the aranceri (orange throwers) on the ground, who are divided into teams and differ according to the identifying colors. From here comes the classic orange fight, famous all over the world. Each throw cart is pulled by a pair or team of four horses, elegantly and tastefully decorated, with the presence of up to ten Aranceri, the Cavallante, owner of the horses and carriages, and the Capocarro, the organization manager of the carriage.

Orange Battle of Ivrea: The Carnival Sunday opens the three days of the Orange Battle and takes place in the main squares of Ivrea: Piazza Ottinetti and Piazza di Città, Piazza del Rondolino and Piazza Freguglia. The teams participating on foot are nine: the Ace of Spades orange thrower, the death squadron, the scorpions of Arduino, the Tuchini of Borghetto, the chess, the black panthers, the devils, the mercenaries and Credendari. Passion, technology and respect are the qualities that lead to victory. Victory is determined by a special commission that monitors and judges. 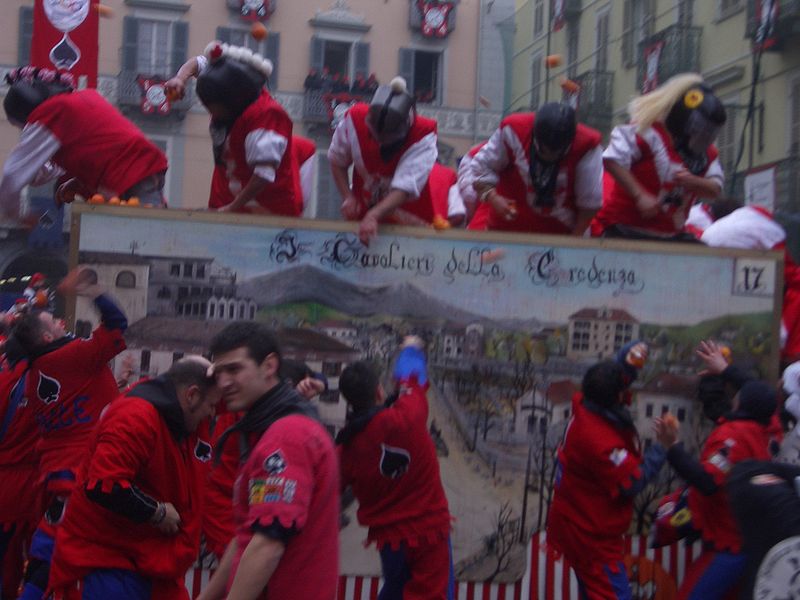 The program of the event as always is very rich.

The events will take place in the suggestive historical center; the most important appointments below:

16 February 2020 - Presentation of the throw carts

20 February 2020 - Parade of the historical procession