Turin: Dance me to the end of love [Video & photo gallery] 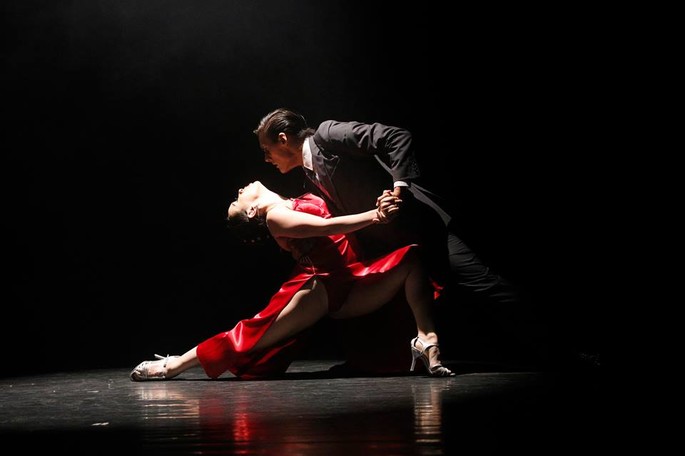 Torinodanza festival continues to explore the world through the views and insights of the choreographers of the new Millennium. Awareness of the other, a sensitive outlook, the exploration of different cultures, and an interest in new forms of spirituality are some of the themes running through the latest edition of Torinodanza, which confirms its expressive momentum structured around the outstanding and distinctive nature of works that have marked the international scene in recent years. The most urgent themes that affect a globalised society are similar, and they tend to converge towards complex interpretations: dance, in its highest connotation as an expressive form of contemporary art, proves to be a powerful language for communicating the existential condition of these early years of the Millennium, and our artists attempt to lead us towards discovering our collective consciousness. The project behind Torinodanza festival has its roots within the international sphere of contemporary dance, which has become the most advanced area of research, driven by artists who are citizens of an open, transnational, multiethnic and multidisciplinary world.

For several reasons, an international festival brings a city and its territory a unique opportunity: it supports the cultural growth of a community, it sows invisible viral elements that provide fertile ground for the training of artists and companies, and it contributes to forming a meaningful system which is vital for defining the grammar and syntax of our contemporary, collective imagination. Torinodanza belongs to a multi-faceted system that operates day after day through effective forms of collaboration that are open to all relevant stakeholders, the first of which is, naturally, the Festival’s irreplaceable partner, the Teatro Stabile di Torino, the promoter, producer and organiser of Torinodanza. Our partnership with Compagnia di San Paolo is a vital source of urban dissemination, making this event an intrinsic part of the cultural and civil fabric of the entire community.

Intesa Sanpaolo is another key contributor, thus confirming the positive interaction between the public and private sectors, leading the Festival to become an opportunity for collective growth. The Piedmont Region is the leading public financial supporter of the Festival and is a structural partner of the Festival thanks to its production activities within the Piemonte dal Vivo Multidisciplinary Circuit. The City of Turin, one of the founding members of the Teatro Stabile di Torino, has followed and supported the Festival with great consideration and enthusiasm since its foundation. It is also an active partner in a project that encompasses all the key sectors of local dance initiatives. Further fruitful partnerships include the Fondazione per la Cultura, MITO SettembreMusica, Teatro Regio, Fondazione TPE and Interplay. Lastly, one must highlight the important influence of the MiBAC, which, through its growing interest in dance, ensures that our event reaches all of Italy. Heartfelt thanks go to all our partners, artists, technicians, choreographers and dancers and may our title, DANCE ME TO THE END OF LOVE, meet with success for many years to come.

“The Temple of Desires” from Șinca Veche - an...

The Edelweiss – in Romania was declared a...