The classic and popular spring bike race is very much followed by two-wheeler fans. 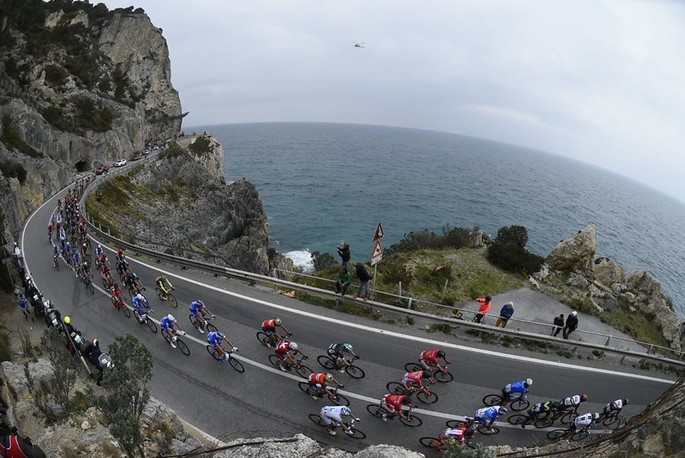 The Milano-Sanremo is raced on the classic route which has connected Milan to the Riviera di Ponente over the last 105 years, via Pavia, Ovada, Passo del Turchino, and then descending towards Genoa Voltri.

From here, the route strikers west, passing through Varazze, Savona, Albenga, Imperia and San Lorenzo al Mare where, after the classic sequence of the “Capi” (Capo Mele, Capo Cervo and Capo Berta), the peloton negotiates two climbs which have entered the race route in recent decades: the Cipressa (1982) and Poggio di Sanremo (1961).

The Cipressa is just over 5,6 km long with a gradient of 4,1%. The descent leading back down to SS 1 Aurelia road is highly technical descent leading.

The ascent of Poggio di Sanremo starts 9 km before the finish line. The climb is as follows: 3,7 km, average gradient less than 4%, maximum 8% in the segment before getting to the top of the climb. The road is slightly narrower, with four hairpin turns in the first 2 km.

The descent is extremely technical, on asphalt roads, narrow at points and with a succession of hairpins, twist and turns as far as the junctions with SS 1 Aurelia.