Bordighera: End of the year programme

The events will take place between the cultural center of the former Anglican church, the Palazzo del Parco, the historic center, the hamlets of Borghetto San Nicolò and Sasso, the marina and in the streets and squares of the city. 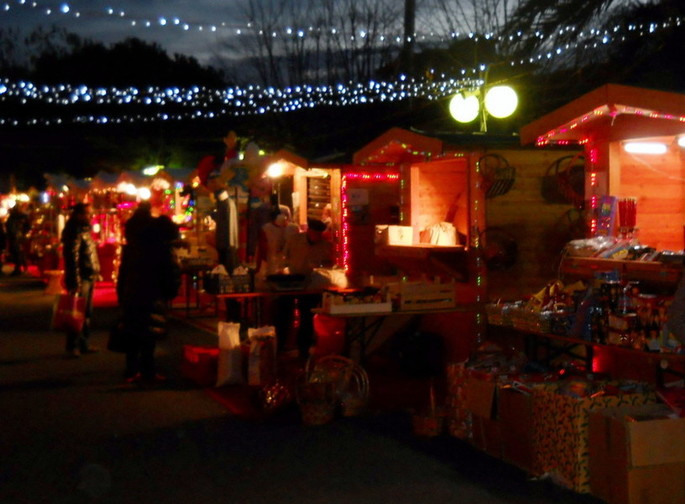 
Friday, December 21st, December Palazzo del Parco, at 9.00 pm, the Blue Cross of Vallecrosia offers a show of classical dance with the School II Black Swan. Entrance € 10.00, with the possibility of presale at the school itself, based in Vallecrosia in Via Col. Aprosio 516. Info: 3338656520. 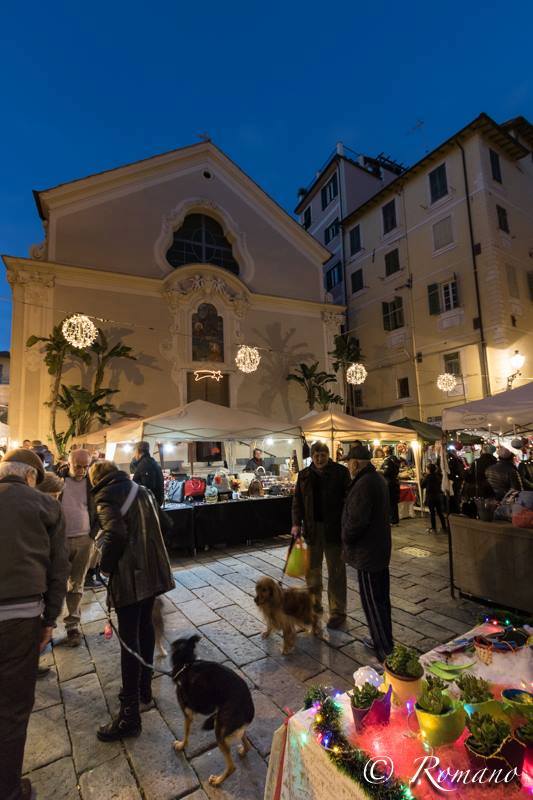 Saturday 22nd, Sunday 23rd December Sala Rossa and Teatro Palazzo del Parco The ASD CSEN Professional Dance in Bordighera offers you the sixth edition of Weekenddance (we can dance). Two days of internships, with teachers from the world of theater and television. Review for soloists, duo and groups with dance schools in the province of Imperia and beyond. The internships and the exhibition are subject to charges. Info stage and review: 3497809438-3495744867.


Monday, 24th December, Porto Turistico, at 5.00 pm arrival of Santa Claus Sub in collaboration with the Divers Riviera of Flowers Center. Santa comes from the sea and brings candy and hot chocolate to all the children. 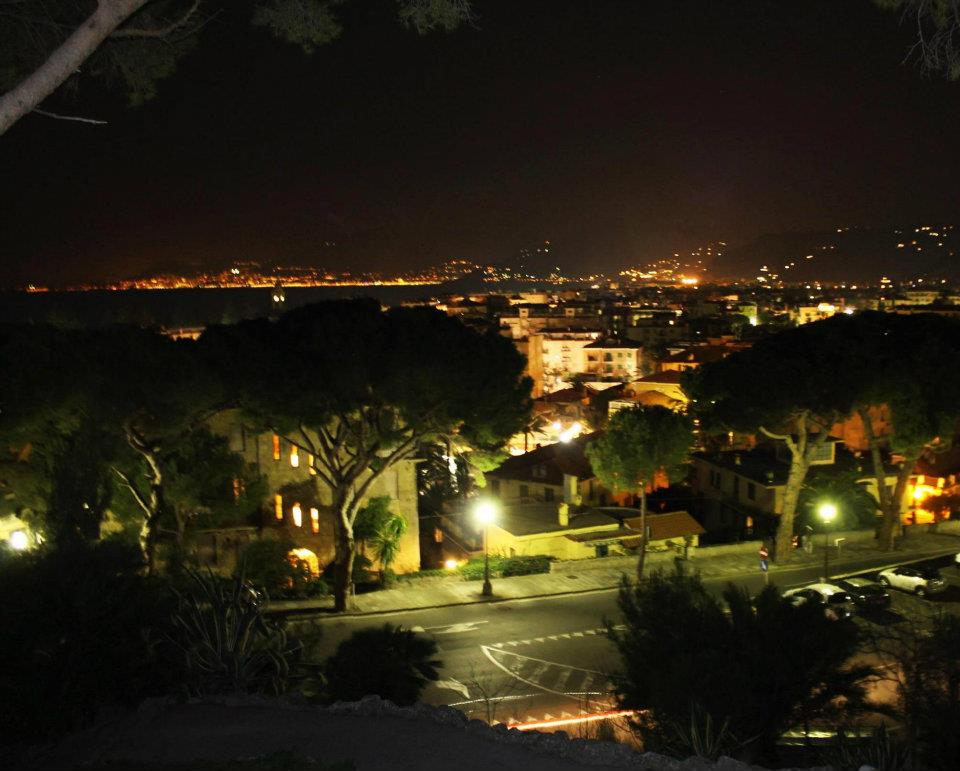 
From Monday 24th December to Sunday 6th January, Sasso di Bordighera, Forecourt of the Church of Saints Pietro Paolo, Lighting of the traditional Christmas fire. The evening of the twenty-fourth, distribution of sausages and hot chocolate at the exit of the Holy Mass of Midnight. 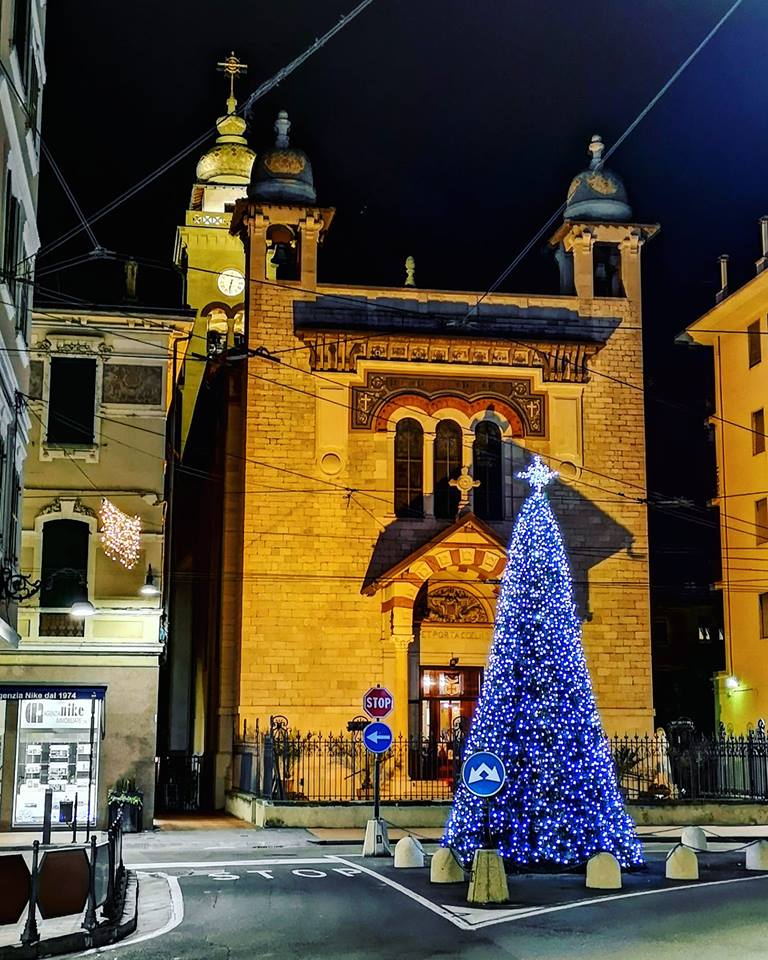 Friday, 28th December, 9.00 pm, Concert of the Corale Monte Caggio. The group, directed by Gabriele Cassini, presents a repertoire of traditional religious, popular Italian and international Christmas songs, along with other traditional folk songs from the dialect, Italian and international, both in polyphonic version and accompanied by accordions.

Tuesday,1st January 2019, Palazzo del Parco, 5.30 pm, Inauguration of the 34th Winter Music, New Year's Concert, "The Orchestra has fun". Bordighera Symphony Orchestra. Director: Massimo Dal Prà. Music by J. Strauss, G. Verdi, L. Anderson. Admission € 5.00. Tickets can be purchased only on the day of the concert at the Palazzo del Parco, from 2.00 pm The complete program of the Musical Winter is available on a specific leaflet, distributed in the tourist information office and in the shops.


Thursday, 3rd January, Palazzo del Parco, at 9.00 pm, the Evangelical Church News of Life of Bordighera, after the success of previous editions, presents the show of the Livinggospel group. Classical and modern gospel songs will be proposed in English and Italian. Soloist: Patrizia Borlotti. Director: Franco Muggeo. Friday 4th January, Palazzo del Parco, 6.00 pm, Notes for the new year. Concert of the Borghetto Music Band S. Nicolò, City of Bordighera. Traditional music, original and transcriptions to start the musical year in the best way. Different generations together in a universal language for a message of serenity and joy. Director: Luca Anghinoni.


Sunday 6th January, Lungomare Argentina, from 8.00 to 19.00 will take place Bordighera, City of Art, Exhibition of Antiques and Collectibles Market.


Sunday, 13th January, Via G. Mameli (next to the former post office) Award ceremony of the nineteenth edition of the Cribs under the stars, by the Cultural Association Voices and Notes under the Stars. 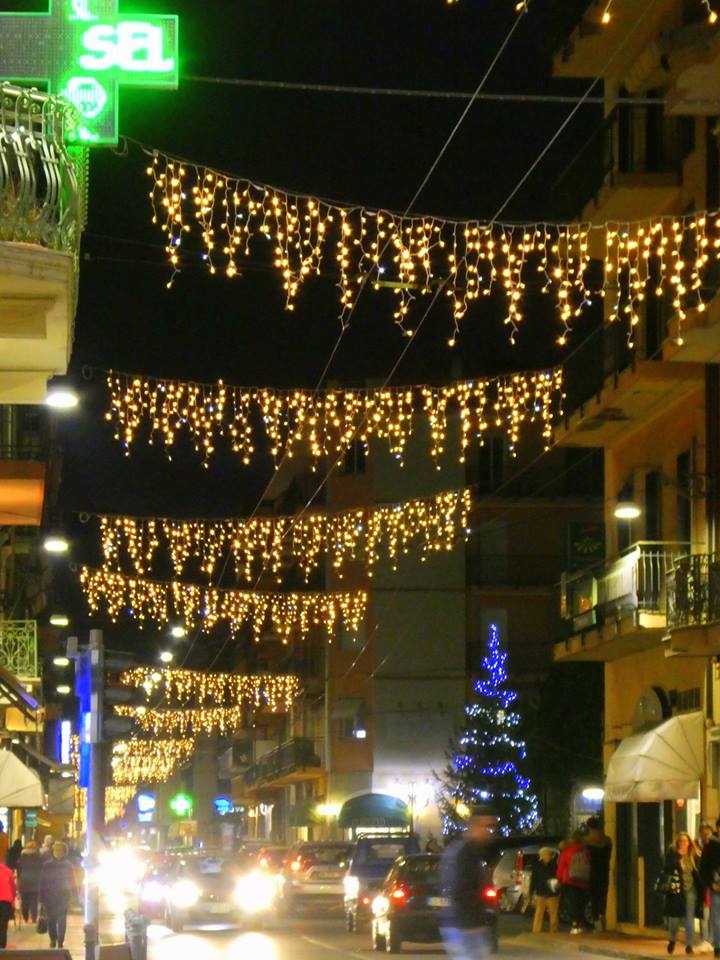 Wednesday, 16th January, Palazzo del Parco, 10.30 am The Amphitheater Production presents A finger against the bullies with Naya Dedemailan, drama and directing Giuseppe Dibello, live music Luca Visconti. The show, which takes its inspiration from Roald Dahl's "The Magic Finger" tells the story of a girl who has an involuntary but extraordinary power that focuses entirely on her index finger. If she is witnessing injustice or is herself a victim of it,  her magic finger strikes, with always unpredictable consequences. Dedicated to the public from nine to twelve years. Admission € 6.00.


Sunday 20th January, 4.30 pm, Palazzo del Parco, 34 ° Winter Music of Bordighera, Concert of lyrical music: The most beautiful arias from La Traviata by Giuseppe Verdi. The show features the music of perhaps the most popular opera by Giuseppe Verdi, accompanied by a quintet and piano and costumed artists, as well as the presence of a reciting voice that will contribute to recreate the characteristic ambience of this great work. Violetta, Magdalena Elizabeth, soprano; Alfredo, Dangelo Diaz, tenor; Germont, Carlo Prunali, baritone; reciting voice, Loredana de Flaviis The complete program of the Musical Winter is available on a specific leaflet, distributed in the tourist information office and in the shops.


Sunday, 27th January, Palazzo del Parco, at 5.00 pm, the Association Liber Theatrum on the occasion of the Day of Memory 2019 presents "Italians good people". It says "Italians good people, but it has always been like that? A journey back in the history of Italy to understand and find out what happened in this country after the promulgation of the racial laws in September 1938, between indifference and complicity.

“The Temple of Desires” from Șinca Veche - an...

The Edelweiss – in Romania was declared a...