Ormeasco is a vine grown exclusively in the Province of Imperia, in the Pornassio and Pieve di Teco municipalities and throughout the Arroscia Valley. 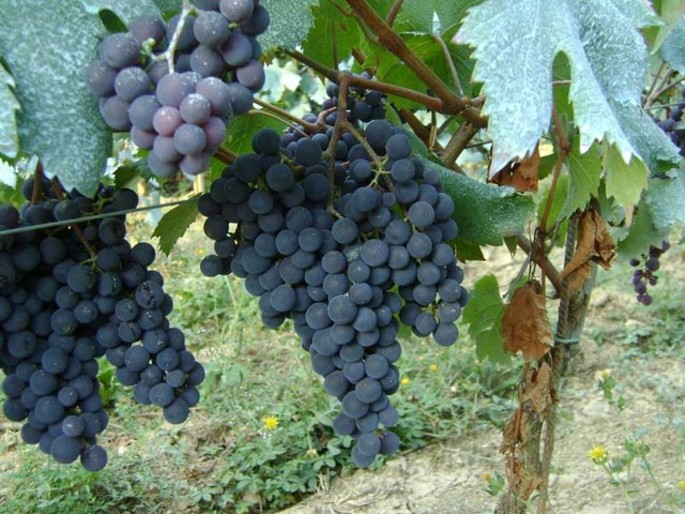 Ormeasco is a vine grown exclusively in the Province of Imperia, in the Pornassio and Pieve di Teco municipalities and throughout the Arroscia Valley.

According to some sources, Ormeasco was imported by the Saracens, who settled in Ormea and Nava. It was cultivated during the periodo of the Marquis of Clavesana, Lords of Pornassio. An edict in Pornassio which dates back to 1303 imposed the cultivation of this vine variety on the whole area, because the wine was already highly appreciated at that time.

Since then, Ormeasco cultivation in the inland areas has been premanently established. Its ideal and natural habitat is in areas up to 700/800 meters above sea level as the altitude plays a very important role; in fact, since Imperia province is characterized by high temperature especially in summer, the grapes benefit from the altitude toward their aromas and slow ripening ensuring long life to the wine. Additionally, this area has a unique microclimate with sea winds alternating with winds descending from Alpine and Apennine peaks, giving Ormeasco wine a very special aroma and flavor.

Ormeasco is twin brother with Dolcetto. It is a versatile grape: in addition to the classic dry red wine, it is also suitable to be made into rosé, the “Ormeasco Sciac-trà”, with fruity aromas and coral pink colors.

Ormeasco is a DOC-level wine. It was not until 2003 that Ormeasco di Pornassio was awarded its own classification; it previously came under the Riviera di Ligure di Ponente DOC. This wine's distinctive, vibrant personality helped it rise to fame among wine consumers, and the DOC award reflected this. Regulations require that the wine comprise at least 95 percent of Ormeasco with the remaining 5 percent made up of other red grapes permitted in Liguria. Ormeasco di Pornassio DOC includes: Ormeasco, Superior Ormeasco (at least one year of aging), SciacTrà, Passito and Liquoroso.

Serving suggestions: This red wine goes well with the Ligurian cuisine of Liguria both land and sea dishes, but the most pleasing pairing is with a robust dish of Stoccafisso (dried cod local recipe); Superior Ormeasco is perfectly paired with soft cheeses, and all dishes from cucina bianca.