The Festival of Transhumance in the ancient hamlet of Mendatica

Every year at the end of September the hamlet of Mendatica lives the ancient tradition of the Festival of Transhumance. 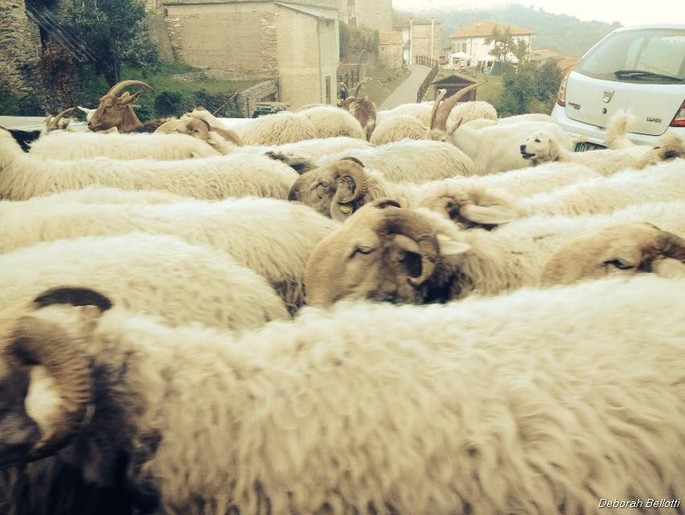 Keeping up the annual tradition, the Festival of Transhumance will take place in the ancient hamlet of Mendatica at the end of September 2015. It is one of the most typical festivals in the Ligurian mountains and it celebrates the rite of moving the herds and flocks from the beautiful summer meadows to the shelters in areas with milder climate, as the cold season is approaching.

This three-day festival evokes the joys and hardships of pastoral life, a  common culture of the brigasche people settled in the Mount Saccarello area, in the Ligurian Alps. Participants are immersed in the atmosphere of a different life, its rhythm, rules, and flavors based on the seasonal movement of livestock between summer mountain and winter lowland pastures. The festival also celebrates the Cucina Bianca (White Cuisine), a typical cooking made of local products of pastoral civilization. Tastings, guided tours, the fair, traditional games for children and educational workshops are only some of the great activities organized for this very quaint event.

The Festival of Transhumance kicks off Friday, September 25 around 3pm with the ancient tradition of the arrival of herds and flocks in the village of Mendatica, coming down from Mount Saccarello. This special moment, which includes milking of the animals as well, is open to all and is particularly designed for schools and educational purposes; thematic workshops and guided tours will be offered.

On Saturday, September 26th the festival comes alive with the traditional Fair of Transhumance, originally a cattle market and now a display of local products, crafts and Slowfood Presidia. At 12pm food stands will open and serve delicious plates from the Cucina Bianca culinary tradition.

At 4pm, the beautiful historical Malghe parade, which features typical costumes of the Malghe (Alpine grazing) Civilization, will flow through the hamlet's historic alleys and characteristic squares, the parish church of SS. Nazario and Celso before arriving at the sports field where the Goats Palio begins. There, the six Malghe will battle in order to obtain the coveted Palio from the previous year's winner. The brigasca sheep award ceremony will follow.

On Sunday, September 27 food stands will open at 12pm; children's activities and traditional games will take place during the day.

Booking is not required. The event is organized by the Pro Loco and the City of Mendatica in collaboration with provincial associations of farmers and ranchers and the Regional Park of Ligurian Alps.