From the Alps to the Sea, discovering the towns of Mondovì and Vicoforte

Mondovì is a city with more than one heart, while Vicoforte is famous for the Regina Montis Regalis Sanctuary 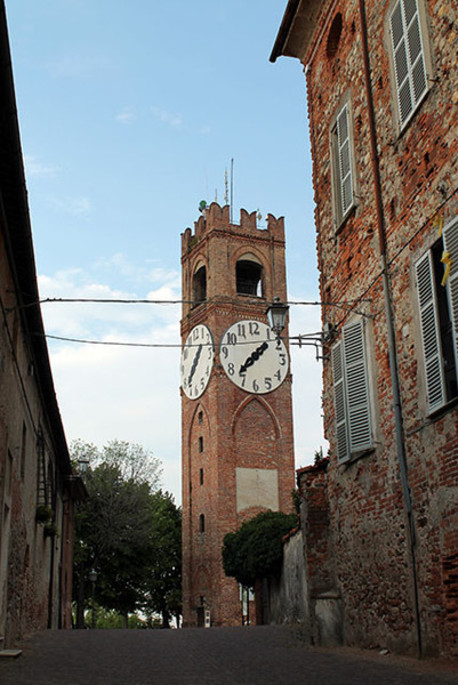 The upper part, Piazza, used to be the site of city government, schools and prisons. After a long period of decline, it was rediscovered and revitalised, mostly because of the craftsmen who now work there.

In the lower part are the Breo, Piandellavalle and Carassone districts, now the centre of business and government.

Finally there is the plateau on the other side of the Ellero River, a growing residential zone. Piazza is certainly the most fascinating with its air of bygone days.

We want to point out the Santa Croce Chapel (14th c frescoes); Via Vico; the Synagogue; Via Misericordia and the church of the same name by Gallo (1708-1717); the Citadel (1572-1574), built for Emanuele Filiberto over the ruins of the cathedral; the Santa Teresa Church in Via Giolitti (17th c); the Giolitti house; the Mission (San Severio) Church (1664) with frescoes by Andrea Pozzo; the courthouse; Piazza Maggiore; the former homes of the nobility (the old Town Hall, Fauzone, Circolo della Lettura, Palazzo Bressani).

Then there is the San Donato Cathedral (1743 work by Gallo); the bishop's palace; the Belvedere gardens with the Torre Civica and the "mountain stone" (with names of peaks you can see from the splendid terrace); the bastions with the new walkway; Santa Croce Oratory; the church of Santa Chiara.

And finally there are the frescoes to be seen in the Assunta and Annunziata churches at Borgato; at Breolungi (pre-Roman ruins as well); at San Bernolfo and San Bernardo in the Ferrone district; at Santa Maria delle Vigne and in the cloister of San Domenico at Carassone.

From Piazza a one-hour walk will take you to Vicoforte (598 m). The small village is famous for the Regina Montis Regalis Sanctuary and the Feast of the Madonna that attracts more than a million visitors each year.

The Sanctuary was designed by Ascanio Vitozzi and built in 1596 around a pillar that had become revered by legend (it is said that the icon of the Madonna on the pillar began to bleed when struck by a hunter).

The huge elliptic cupola was designed by Gallo and completed in 1733. Painted inside it is the largest existing fresco (6032 m2) on a single theme, the Glory of Mary. The Sanctuary was completed in 1891 with the west façade and four bell towers, the work of Camillo Riccio.

The rest of the complex is made up of the Palazzata, the former Cistercian-monastery and the Seminary. You can walk to the old centre of Vicoforte on the hill to see charming Via Roma, the town square, the former Confraternity of the Battuti and the San Donato parish church (the bell tower is from the medieval castle).

Other places of worship are the old Vico parish church, the San Giovanni Chapel and especially the Chapel route between the Sanctuary and the city of Mondovì. Vitozzi mapped it out at the end of the 16th century and Schellino designed the small shrines dedicated to the Mysteries of the Rosary.