A beautiful itinerary in the area of the seaside town of Bordighera, in the Italian Riviera 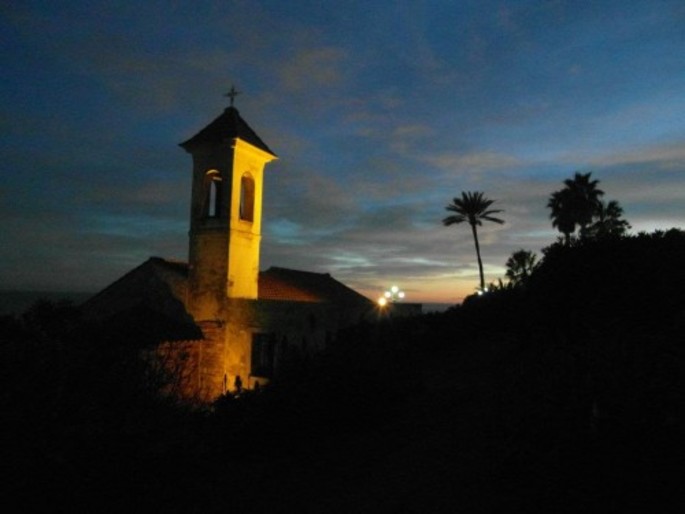 Immediately after the Casa del Mattone, at number 28, an elegant golden gate in forged iron closes the access to a private road, which goes to a villa situated in a wonderful park near the sea. Lodovico Winter created here his famous garden, which is reproduced in many postcards of that time: this image helped Bordighera to spread its fame all over Europe. "A show-garden of high society" said Viacava: "it was Winter's house, the garden of his dreams, the breeding-ground of his most beautiful palms and the symbol of his commercial activities". In Winter's garden, next to the beach, there were the famous palms, caressed by the sea and noted by the German poet Joseph Viktor von Scheffel in 1856. Afterwards, there is the little church called the Madonna della Ruota, where the stage-coach from Genoa to Nice used to stop to change horses. This Medieval church is usually closed. It opens for the holidays of the 25th March and the 5th of August. Then, a steep road (via Madonna della Ruota, 34) descends to the touristic village of Baia della Ruota, on the border with Winter's garden. Here, between olive-trees and eucalypts, agaves and cactus, pines and bananas, you can feel the atmosphere of the ancient garden.